CIVL operated it’s first ever on air, week long fundraising drive under the direction of Jam in Jubilee, Atangard, and now Abbotsford Arts Council’s Sophia Suderman. CIVL raised over $12,500, held over a dozen events, including a 10 night #CIVLBattle, Drive in Movie, Punjabi Poetry Reading at the Khalsa Diwan Society, and Gala Awards Show at The Reach Gallery and Museum in Abbotsford. 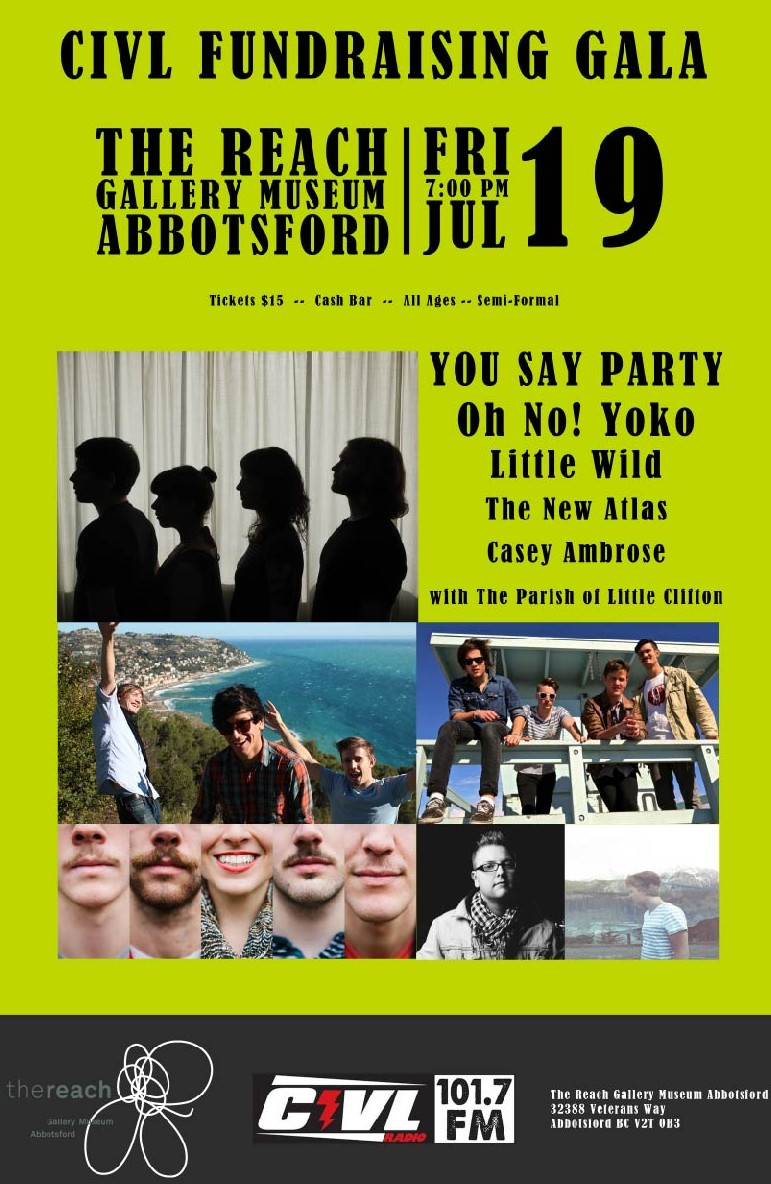 #CIVLBattle winners Derrival went on to play the Squamish Valley festival later that year, and finish in the final three of the Peak Performance Project in it’s penultimate season. The Battle series, held at Aftermath in UFV’s E building, raised $2,600, saw 510 people pay cover overall, and showcased 18 of 50 applicants through three rounds hosted by CIVL Unrest‘s Lance Skullz, with sound tech duties performed by Skullz’ co-host Jay Mitchell, Dave Cusick from That Sound, and Stephen O’Shea who’s band You Say Party! headlined the sold out gala in one of their final ever live performances.

With the funds raised, CIVL began financing research into the requirements in order to serve Chilliwack with FM broadcast, and both a useful frequency and potential broadcast site were identified new balance 965.

The #CIVLssBattle for singer-songwriters saw the three finalists square off in front of a professional hockey audience during intermission at an AHL Abbotsford Heat game in 2014, as well as winner John Welsh (who went on to rank in the C-Fox Seeds contest) performing at the 2014 Arty Awards, where CIVL won the Outstanding Arts Organization Award, the day after winning the Battle, a tradition repeated in the 2015 #CIVLUFVBattle, which also led to CIVL currently being the official emcees, and a media sponsor of the Abbotsford Arts Council and Envision Coffee House and Concert in the Park Series.